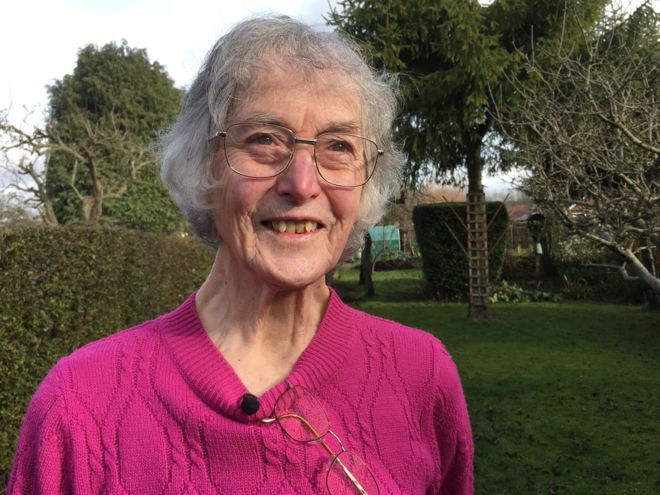 Surgeon's from Oxford Eye Hospital have injected a synthetic gene into the eye of an 81 year old lady, Janet Osborne, that is affected by age-related macula degeneration.

AMD is the leading cause of blindness in the elderly in the developed world. It has two forms - wet which causes sudden loss of vision with fluid at the back of the eye, and dry which progressively causes damage to the macula. In recent years, patients with wet AMD have been able to have regular injections to reduce the fluid and improve their vision while dry AMD until now, has had no form of treatment.

The new procedure was carried out at the John Radcliffe Hospital, Oxford by Prof Robert MacLaren in a clinical trial sponsored by Gyroscope Therapeutics, a UK-based company developing genetically-defined therapies for the treatment of eye diseases.

The operation involves detaching the retina and injecting a solution containing a virus underneath. The virus contains a modified DNA sequence, which infects cells, called the retinal pigment epithelium (RPE), and corrects a genetic defect that causes AMD. Ideally if successful, gene therapy would only need to be performed once, as the effects are thought to be long-lasting.

A key factor in AMD is the "complement system", a system of proteins in our immune system that normally fights bacteria. In macular degeneration, these proteins are over-active and start to attack the retinal cells, in a similar way to how they would attack bacteria.

Prof MacLaren explains: “We’re harnessing the power of the virus, a naturally occurring organism, to deliver the DNA into the patient’s cells. When the virus opens up inside the retinal cell it releases the DNA of the gene we have cloned, and the cell starts making a protein that we think can modify the disease, correcting the imbalance of the inflammation caused by the complement system.

“The idea of this gene therapy is to ‘deactivate’ the complement system, but at a very specific point at the back of the eye, so the patient would otherwise be unaffected by it, and we hope that in future it will slow down the progression of macular degeneration.”

Prof MacLaren recently ran the world's first gene therapy clinical trials from Oxford for rarer causes of blindness, Choroideremia and Retinitis Pigmentosa. The Choroideremia initial trial ended in 2018 after 7 years of following 14 patients who has one eye injected with a gene therapy. Results showed improvement or maintenance of vision in all injected eyes with no complications.

And, last year, doctors at Moorfields Eye Hospital, in London, restored the sight of two patients with AMD by implanting a patch of stem cells over the damaged area at the back of the eye. It is hoped that stem cell therapy could help many people who have already lost their sight. But the Oxford trial is different because it aims to tackle the underlying genetic cause of AMD and might be effective in stopping the disease before people go blind.

Mrs Osborne, 80, is the first of 10 patients with AMD taking part in the trial - it is too early to know if Mrs Osborne's sight loss in her left eye has been halted but all those on the trial will have their vision monitored for next number of years before the trial will be expanded.