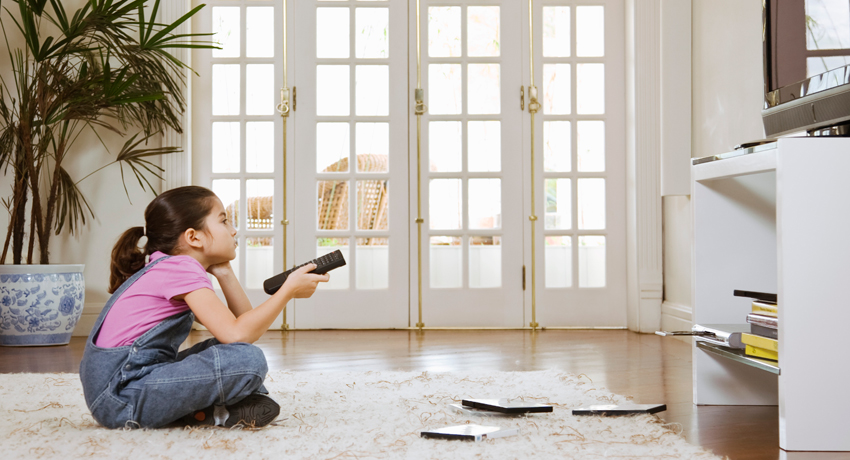 Parents are being told to make sure your child spends enough time outdoors or risk damage to their eyesight.

Parents have been advised to get their children outdoors to help combat an ‘alarming rise’ in myopia flagged up by an Irish optical body.

She said: ‘Short-sightedness is increasing by up to 80 per cent in some parts of the world – and there are clear signs of a significant rise in Ireland too. All of the major studies conclude that spending time outdoors on a daily basis, significantly reduces the risk of developing myopia. The message is clear, children need to get outdoors more to reduce this risk.

’The campaign also focused on the early detection of children’s eyesight problems – deemed critically important because vision problems led to learning difficulties and under-performance in school and in sporting activities.

Meanwhile, Dublin Institute of Technology professor of optometry James Loughman said that having even a mild level of myopia doubled the risk of getting glaucoma and cataract. ‘It is surprising to most people to learn that myopia-related eye disease is the biggest cause of blindness in the working age population,’ he said. ‘To put this into perspective, being short sighted is as bad for your eye health as smoking or high blood pressure is for your heart. 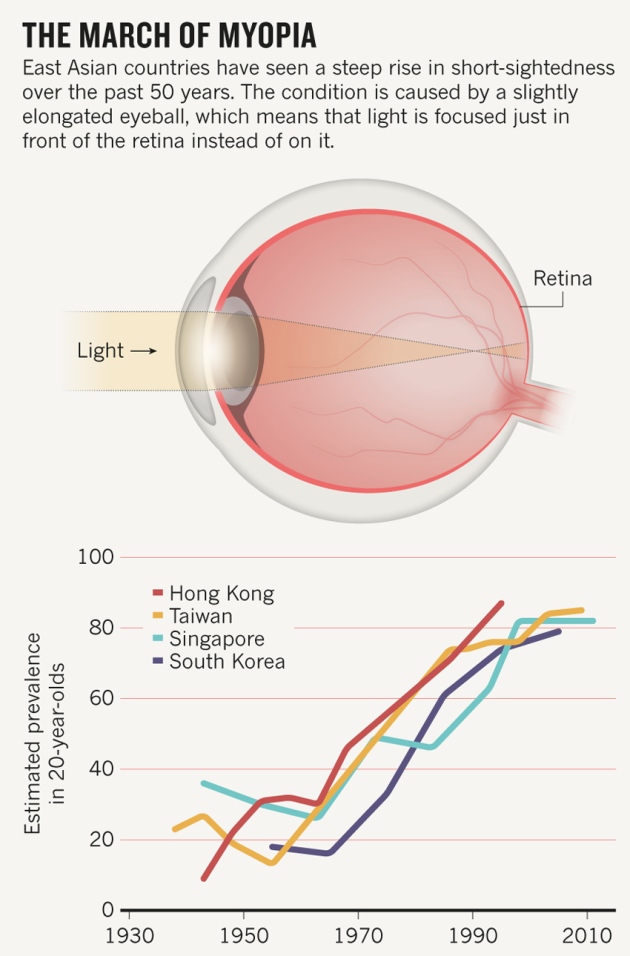 ’By some estimates, one-third of the world's population — 2.5 billion people — could be affected by short-sightedness by the end of this decade. In South Korea (Seoul), a whopping 96.5% of 19-year-old men are short-sighted.

Based on epidemiological studies, Ian Morgan, a myopia researcher at the Australian National University in Canberra, believes that children need to spend around three hours per day outside in bright daylight to be protected against myopia. His research which started in 2009, alongside studies in other schools across Sydney, Australia and Asia show that sending children outside during the day can have a rapid improvement on the prevention of short sightedness. Many researchers believe that it is up to schools to build more outside time into the daily curriculum as getting parents to enforce it voluntarily is extremely difficult. Some Chinese schools where getting outside is difficult have began piloting the idea of teaching kids in a classroom made of glass to let in more natural light instead. More information on these studies can be read in "The Myopia Boom" in Nature.